Wednesday you got to see 100 of my favorite movies, but I reserved the best for today’s Top 5.  I have been wrestling with this all week.  Trying to settle on only 5 favorite movies is like being asked to single out your favorite family members.  There are so many that I love, it’s been practically impossible to choose.  But without further ado, here are the 5 I have it narrowed down to.  I cannot say I’m completely satisfied with the list, but I did my best to pick from different genres and these are all ones that have stood the test of time for me. 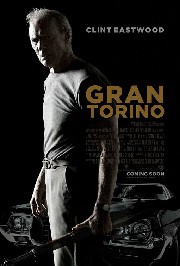 Released a few years ago in 2008, Gran Torino is directed by and stars the legendary Clint Eastwood.  Set in modern times, the film depicts the struggles and prejudice emerging as a once quiet neighborhood begins to grown and change. Eastwood does a fantastic job of setting the stage to present both sides of the warring parties, and then inviting you in as respect and relationships slowly begin to evolve. A beautiful picture of generational connections and people coming together, I believe it is a film everyone should watch.  We can all benefit from the veracity and depth Gran Torino has to offer. 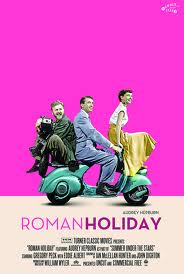 I couldn’t make a list of my favorite movies without including one starring  Audrey Hepburn. An icon in life for everything from fashion to humanitarianism, Hepburn captivated audiences with her grace and charm.  Roman Holiday from 1953 cast her as a humble princess, longing to escape and spend a day in the real world.  Determined and witty, her adventures lead to fun, excitement, and romance.  Always the embodiment of perfection, Hepburn’s performance takes us back to the good ol’ days of film.  This is how movies were meant to be. 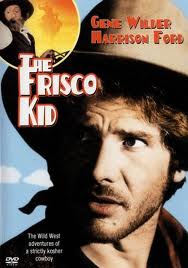 Despite starring both Gene Wilder and Harrison Ford, The Frisco Kid made in 1979 seems to have gone largely unnoticed.   With a duo like that, how could they go wrong?  Wilder is a Polish rabbi making his way across the United States and meets up with Ford, a rough-and-tumble cowboy.  Wilder befriends everyone he comes across, too kindhearted to know better.  Savvy with the ways of the Wild West, Ford takes him under his wing to make sure he gets safely to San Francisco.  Encountering everything from outlaws to peyote, the hilarity and comic genius of this film are well worth the watch.  If you haven’t seen it already add it to your list, you’ll be talking with an accent and laughing for days. 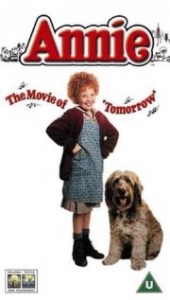 The very first movie I remember watching was Annie.   In 1982 the comic strip turned musical came to the big screen.  We had a copy on VHS that I watched so often it finally wore out.  Annoying my parents to no end I’m sure, not only did they have to put up with it on video, I knew all of the lines and songs by heart.  But who could blame me?  It’s a fun and uplifting story about a little orphan left to the abuse of the horrible Miss Hannigan (played by the amazing Carol Burnett) when miraculously she finds herself in the mansion of Mr. Warbucks.  Annie’s optimism, tenacity, and boisterous voice make her a force to be reckoned with, and impossible to keep out of your heart.  Always great for a smile and a sing-along, Annie is an American classic. 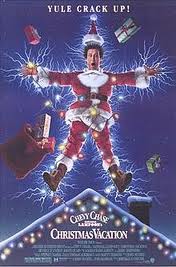 Rounding out my top 5 is the holiday staple, National Lampoon’s Christmas Vacation.  First released to audiences for the season back in 1989, it has been a part of our Christmas and family traditions for the past 20 some years.  Clark Griswold, played by Chevy Chase, tries to host the perfect holiday celebration but is met with opposition at every turn.  This is quite possibly the movie we quote most often.  Want to break the ice at our place, just throw down some sarcasm from Uncle Lewis, and you’re a shoe in.  “You’re not doing anything constructive.  Run into the living room and get my stogey.”  It’s impossible for us to ask someone to say grace before a meal without the entire scene being played out, “Grace? She passed away thirty years ago…THE BLESSING!…I pledge allegiance to the flag….”  It makes me laugh just thinking about it.  It is one of those rare films that never gets old, and the jokes are still funny year after year.  Christmas Vacation reminds us how great family can be and to never take them for granted, even if they are a little crazy.